Almost all Gambling Systems adopt some kind of strategies even if such tactics comprise guessing what next to do. For instance, in the late 19th century, an Englishman, Charles Wells, visited the Mote Carlo casino with about 10,000 francs. Within a short while, he had won well over a million. To relish such an astonishing accomplishment, he retired within few months. Then, he returned to win another million francs. This remarkable exploit didn’t go unnoticed as it inspired the popular song “the man who broke the bank at Monte Carlo.”

However, he chose not to quit honorably while he was ahead. He returned again the following year just to lose it all. He then turned to illegal shenanigans, he got himself imprisoned and failed to achieve anything after then. Yet, his play made sure Monte Carlo achieve global renown. So many gamblers, after him, tried to emulate their games around his. Before he died, he confessed he had no specific strategy. All his winnings were based on an incredible run of luck

Since then, different betting systems have been devised for virtually every game. The gambling systems – despite the fact that they vary – can be classified into three distinct categories:

Each of these has advantages and downsides, but the approach that most experts fancy is the negative progression. On the other hand, positive progression is a way to slowly progress your bets after a win and decrease your bet when you lose. It is a simple way to bet more when you are winning. It is important for players to take casino lessons and check reviews. For instance, the UK online casino reviews does not just share you great tricks that might be helpful, but also prepare you for playing online casino games.

Martingale is an old system that adopts the negative progression. Named after Henry Martingale, an English casino owner in the 18th century, this system is quite simple. It involves using a bet series where each bet in this series is two times as large as the preceding ones (that is, the next number in the series is twice the preceding number). The player will keep betting at the lowest level as long as he wins a bet. However, once the player loses a bet, he will then move up to the next wager, doubling his previous bet. This system ensures that anytime a player’s bet wins, he wins the amount of his initial bet.

Modern casinos, however, are aware of the Martingale system and they understand that one of the easiest ways to outsmart the system is to narrow down the gap between the minimum and maximum bets allowed. This implies that the maximum bet must be low enough and the minimum bet must be high enough such that nothing more than nine doublings can occur.

Named after the great French mathematician, this system was based on the idea of equilibrium in gaming competitions. The idea is that since winning and losing of bets should be the same, adding a chip after losing a wager and deducting a chip after winning a wager should generate a win since losing wagers must be less than the winning ones. This can be modified by spacing the wager such that the win of two wagers will offset all prior losses. The series that encapsulates this idea is 1, 2, 3, 4, 7, 11, 18…

With this series, it is relatively easier to drop back to the lowest wager after winning two consecutive wagers such as 7 and 4. This system can be very effective when playing a roulette or baccarat game with two players wagering the opposite.

Named after the great mathematician, Fibonacci, this system is a series of numbers whereby a number is the sum of its two preceding numbers. The sequence is something like this: 1, 1, 2, 3, 5, 8, 13, 21, 34, 55, 89, 144, 233. The Fibonacci system is a low-risk one when playing games such as roulette, baccarat, and craps. A player will raise a wager by one level after a loss. However, after a win, he must drop the next wager by a level. Furthermore, after winning two bets consecutively, he must drop to the first bet in the sequence.

There are other systems, including Labouchere, Mini Martingale, Grand Martingale, Anti-Martingale, the parlay, Oscar’s grind, Patrick’s system, and Ascot. Depending on the type of game and the level of risk a player can take, these gambling systems, when mastered, will definitely increase a player’s chances of winning. 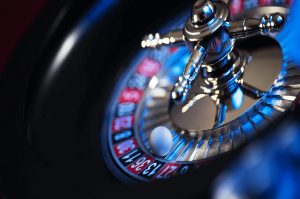 Profit After Payouts: How Do Online Casinos Make Money? 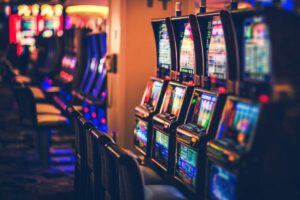